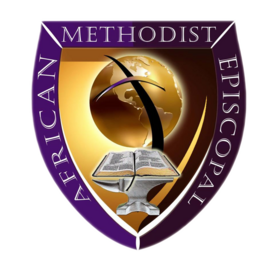 " The joy of the Lord is our strength "

​
The original founders of Steward Temple were ex-slaves who grew up on the Mathison’s Plantation in the St. Hebron community, and relocated after the signing of the Proclamation of Emancipation. Steward Temple African Methodist Episcopal Church then grew out of spiritual meetings that were held in a school house known as Alsace.  The school served the community in the 1800s, but no records can be located to determine the number of years, or the actual birth date of the Steward Temple AME Church.

The original Trustees who purchased property for Alsace on August 9, 1913 were Dan Shaw, Perman M. Rittman, and Lewis Robinson.  The property was purchased for $50.00. The Original Deeds are on file at the Gadsden County Courthouse and Steward Temple AME Church.

On November 22, 1913, the schoolhouse became a Church House, and was named Steward Temple African Methodist Episcopal Church.  It was a circuit church with St. Hebron, and continued to be a school. In 1948, the grade school class was moved to the Old Stephens High School.  From there the class of 1954 graduated.  Church services, however, continued at the site of Alsace School.

To make provisions for a “Highway”, the AS & T Company donated property on Woodward Road to the church for the up building of God’s Kingdom.  During that time, there was a building on the donated property, which housed a sewing factory.  The building later served as a church parsonage.  The church and the parsonage were both operated with outdoor plumbing.